Reminiscence of suzumiya haruhi - Thought , Spoiler plus PSP save file

The ps3/psp game Reminiscence of suzumiya haruhi ( 涼宮ハルヒの追想 ) is the continuation of the movie Dissappearance of Suzumiya Haruhi. To those who never watched the movie, you can buy the blu-ray or download it illegally. You can get it illegally HERE. I just found that link, thats not mine.

Sneak peek of the movie: 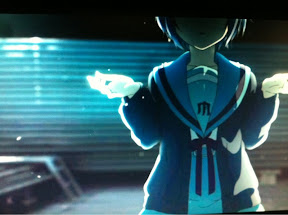 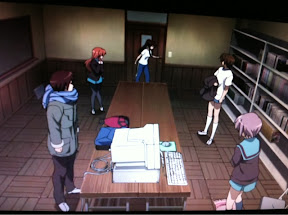 Anyway the movie ended with a question mark. "what happen to nagato and the others after that?" 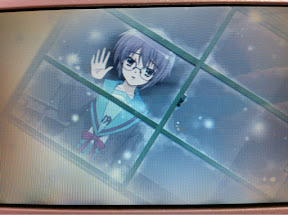 On the movie, Kyon ended up returning the club entry form to Nagato, but she actually waited for Kyon's answer. She waited and waited until the room turns to winter. The video is on my channel. 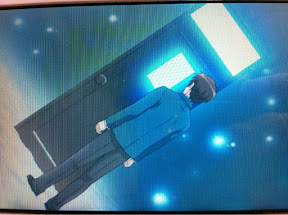 In the end Kyon met with her again and return the form again. Only this time, with his name on it.

How he get there? Theres actually an error in the time planes so big Asahina summoned Kyon to repair them.

But when the first day he arrived on the that parallel world, Haruhi, Mikuru, Koizumi, Nagato doesnt know him. He started with performing band with Haruhi, then helped Koizumi in the mr. Contest. ( check the post before ), made Mikuru enter miss kitakou, and made Nagato's book sale a success. 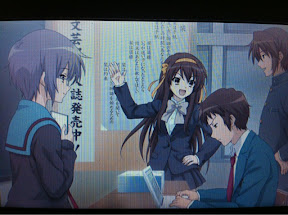 After he helped all of them he managed to get back to the normal(?) world but he felt something isnt right. He couldve done more.

So he went back. This time he made movie with the sos dan and show it on the ending of the festival. 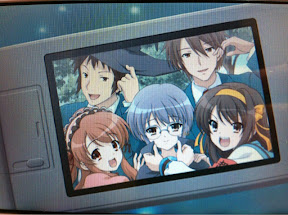 Here are some of the pictures for those who dont have the psp. 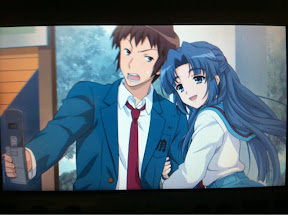 There is this one time Kyon hitting on Asakura 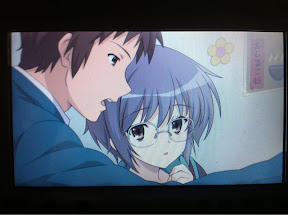 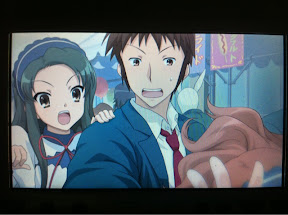 And Tsuruya and Mikuru... 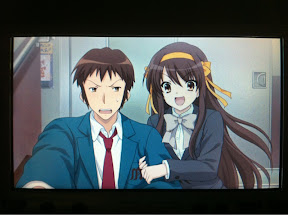 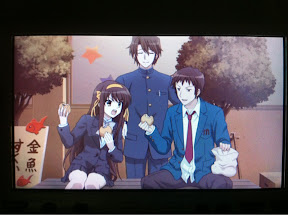 But that`s just a dare that Kyon and Koizumi made. 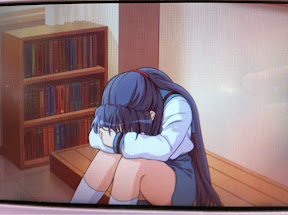 it has got nothing to do with Asakura crying 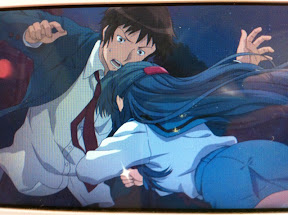 Or even why Asakura stabbed Kyon. ^^ 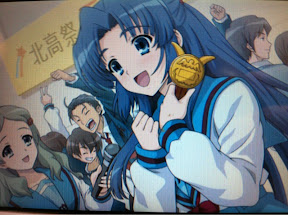 But anyway, Kyon helped his class to win the best event at the festival. 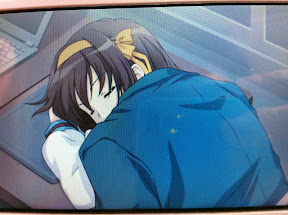 This is the part when they started to made a movie.
Anyway my save data is over here. Please dont distribute it without my permission ok?

Although, 4 of the picture is still locked. (＞人＜;)