MTG, haruhichan, amongst other things

I havent updated for a while havent i?

The exam is on the end of this month, ive got to present my thesis etc, so lately have been quite hectic for me.

Nevertheless, this is what im up to recently. 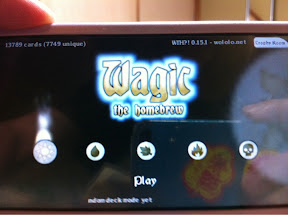 Its Magic the gathering on PSP.

Actually the official game is already on ps3, XBOX, and PS3. The trial is great! Maybe ill get it once i can get into psn.

Wagic the homebrew is not perfect, planeswalker isnt there, flip card, some of the cards arent there, but its really fun. 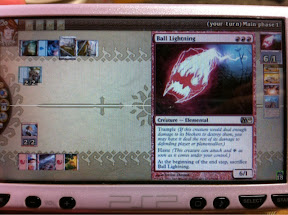 The gameplay everything is smooth, Once you get the hang of it, youll be burning or trampling or withering the AI.

There're downloadable story mode, unlockable decks and oppenents, really great. If youre a magic fan, try it. You dont have to enter promotheius to play so im guessing even ofw works? Dont quote me on this.

Oh, you can download the PC version or the PSP verison or even the Ipad version on their website. the downloaded contents ( user made cards or story modes can me donwloaded at the forum )

Next is something related to the novel i have been writing spoiler about. Suzumiya haruhi no mahjong. Ive put the opening of the game on my youtube channel, check it out too. 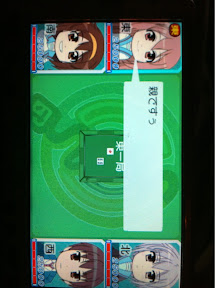 Doesnt provide a how to play mahjong tutorial, so i really dont know how to play. Ive asked some friends to teach me though. So ill update about the story line on another post. ( edit: I have found a great website that teaches how to play mahjong, will try using the knowledge later. ) 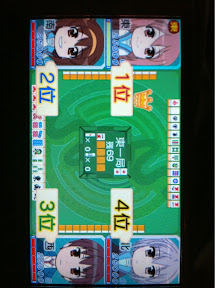 The game got the voice from the real seiyuu, plus the deformed charathers are cute. It started after haruhi read this manga about mahjong and then predict that a mahjoong boom is going to come.

Id rather they make a game of life or something easier but meh~~ the originality is there. 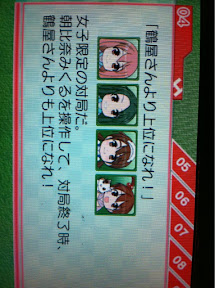 Thats about it i guess.

It getting hot here in Japan lately, i have been drinking a lot of water and even when i was writing this blog, my nose started to bleed. Again. Not in mayochiki kind of way, mind that.

Ive prepared two fan because it is too hot. 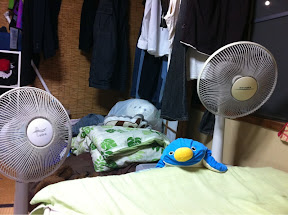 That penguin is not the same penguin as you see in Mawaru Penguindrum. It looks alike though. I wonder if saying that sounds racist to the penguin... Hurm~

Summer anime is starting too huh? First episode of bakatest is really hillarious. LOL~ Plus, if you ever hear the radio, you`ll realize that Himeji ( Harada Hitomi ) is, unlike her character, quite a pervert herself. How much a pervert you ask? So much until all the other female seiyuus are warned not to wear short skirts to the studio. LOL~

- written by iphone ( probably will be editted by pc later )