Haaaa, as most of you may know, I went to Korea last month. Korea is one of the places where English is not treated as an international language. If a Korean sees you, the first language that they is going to try after they realize that Angu-gu doesnt work is japanese language. It is only natural though, considering that Japanese often go to Korea.

On that note, learning 5 ( if Arab and Deutch both countable as 0.5 ) languages get me nowhere there. I was really really troubled esp when.... 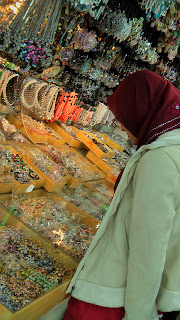 So... If anyone were to go to Korea. Here's an advise for you. You can either; 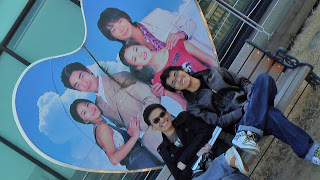 Iman and I at FULL HOUSE.

Erm~ so ade this one day Iman takde, die kene pindah, so we took a tour. The tourguide is a Korean English speaker ( I said i am fine with both Japanese or English, but I guess saying that in English made them assign an English speaker ) . Amazingly however, her English is really good.

The tour took us to a palace, a muzium, Korean folk village, etc. 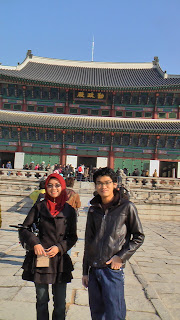 One of a guide work: taking pictures

Oh, I mention the guide's English is good right? I seriously thought so, I even complimented her.

Until she talks about traditional medicine.

She said it like this, quoted "During the old time, the doctor doesnt give antibiotics. They just take the patient purse and they give the medicine "

"Yes, the doctor people purse, because from the purse the doctor can tell what wrong with your body"

Well, to a certain extent that IS true.I mean, from one's wallet you can tell that they are suffering from a major headache, but still~

It wasnt until later I realize she meant pulse.

But hey, aside from that mispronouncation, she IS really good. During the evening we changed to Japanese speaking guider though.

One last picture for laugh. 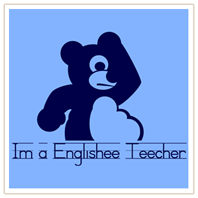 A sample of Korean Tshirt

Quote for the day :